As someone who has had a lifelong interest in the nesting habits of African birds, I am awed by the remarkable collection of 9,000 photographs of nests, eggs and nestlings presented in this DVD. Remarkable because there are nest, egg and /or nestling photographs for all but 20 of the 756 species that breed in the Western Palearctic. Nearly one-third of these species also breed in Africa, so the DVD has much of interest for African birders. Finding and photographing a rare bird can be challenging in itself, but doing the same for the nest of the same bird is another ball-ame, often requiring exceptional field skills which the compilers of this DVD, father and son, Peter & Richard Castell, clearly have in abundance. This, coupled with their exceptional photographic ability, has resulted in this most comprehensive pictorial reference of how and where Western Palearctic birds nest and what their nests, eggs and nestlings look like.

The DVD is easy to use, with an extensive introduction followed by a species-by-species presentation of breeding data and photographs. One can access a species by using the alphabetic listing or by following family order. For each species selected, small icons appear of the nesting photographs, together with a brief text outlining the bird's breeding habits, and clicking an icon produces the enlarged image, accompanied by a panel in which the location and date where the photograph was taken, is given, plus the photographer's name. The vast majority of the images are by Peter and Richard supplemented by photographs from c.100 other photographers. For many commoner birds there are 20–30 images per species (Golden Eagle Aquila chrysaetos top scores with 58 images), while rarer species usually run to fewer than ten.

In most species, the first images are of the bird's nesting habitat, sometimes with the nest's position in a tree or shrub highlighted. Next is a series of images of nests with eggs or nestlings that, in the commoner species at least, give coverage to the variability that may exist in choice of nest site or egg colour. Tawny Owl Strix aluco nests, for example, are shown in holes in trees, in buildings, in nest boxes, in a crow Corvus nest, and on the ground. The quality of the photographs is mostly very good, but it is clear that some of the older photographs in the collection, from the 1970s and 1980s, are inferior to those taken more recently.

There is an understandable reticence by most birders towards investigating birds' nests and nesting behaviour given the bad publicity that illegal egg collecting has brought to the subject. This DVD is published in association with the British Trust for Ornithology (BTO) and it is explained in much detail just how many useful applications long term nest-monitoring programmes have for conservation. Also that, provided nest recorders adhere to the BTO's prescribed code of conduct in this regard, nest recording can be undertaken without impacting negatively the breeding success of the species involved. The success of any nest-monitoring programme is dependent on finding nests, and finding nests is a skill that, given the pace of today's lifestyle, fewer and fewer birders are inclined to cultivate. As a result, among the most challenging and rewarding aspects of field ornithology are being passed by. This DVD, with its superb collection of images, will do much to kindle such an interest and it provides an invaluable reference for the Palearctic species. Perhaps it will also lead to a similar compilation for the sub- Saharan avifauna. 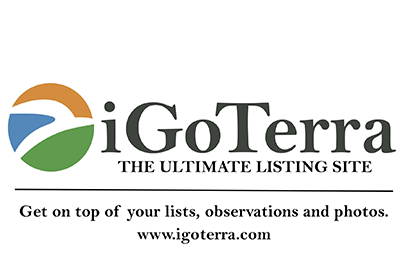